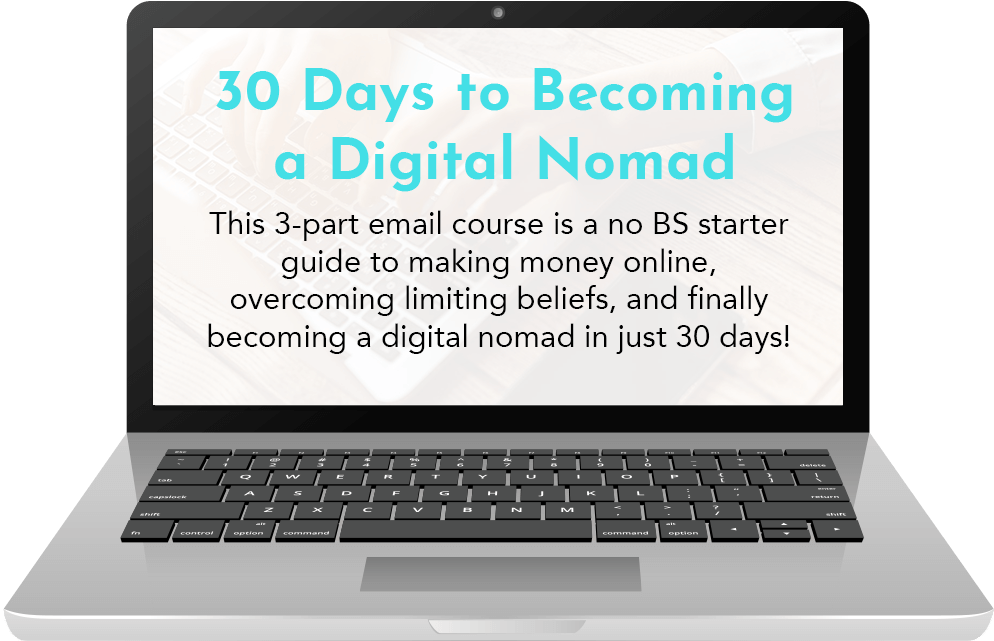 Get our 30 Days to Becoming a Digital Nomad Email Course!

Do you want to become a digital nomad? Join our FREE 3-Part email course to learn how you can do it fast!

Is the Ha Giang Loop Safe for Beginners?

The Ha Giang Loop is easily one of the world’s most beautiful motorbike loops. It’s no wonder why it’s on every biker’s Vietnam bucket list. But it’s deep gorges, high mountain passes, and winding roads beg the question: Is the Ha Giang Loop safe for beginners? When doing my preliminary research on the Ha Giang loop, I found a lot of information regarding which route to take, where to start, and how to get a motorbike rental in Ha Giang. This wasn’t helpful for someone who is terrified of motorbikes and trying to decide whether the risk was worth the reward. But first things first, what is it?
*Updated September 2022*

What is the Ha Giang Northern Loop?

The Ha Giang loop is a 3-5 day motorcycle loop that starts in Ha Giang, a remote village in northern Vietnam. This northern motorbike loop takes you through ethnic minority villages that are settled around the China-Vietnam border. It also drives right through Dong Van Karst National Park, which is a UNESCO World Heritage Site.

The Ha Giang northern loop is famous, not just for its stops, but also for its stunning mountain views, and vertigo-inducing roads! During our trek through the Ha Giang Loop, there were many times where I was literally nauseous from how close to the cliff’s edge we were driving. Though it’s definitely scary at points, the loop is still undiscovered by tourists and allows you to see a very different side of Vietnam. We will cover this more in-depth later, but depending on your skill level the Ha Giang loop may not be safe for beginners. So keep reading to decide if the loop is for you.

Related: Ha Giang Loop Vietnam – Should You Do it?

Can a Beginner do the Ha Giang Loop Safely?

During your travels through Vietnam, I’m sure you’ll meet the traveler that says, “OMG, I never got on a bike and did the Ha Giang loop and I was perfectly fine! You should do it!” Those people exist, but let me be really honest with you: You SHOULD NOT do the Ha Giang Loop if you’re a beginner. Every single day we saw dozens of riders come into the hostels on the Ha Giang Loop bleeding from head to toe. Some just left with scratches and scars, others left with broken limbs. The Ha Giang Loop is an amazing experience that makes you drive through rocky terrain on the side of a cliff. This is a far cry from “that one time you drove in Thailand”. If you are a beginner, get an easy rider.

Click here to get an easy rider for the Ha Giang Loop!

If you’re the person who googled, “is the Ha Giang Loop Safe for Beginners”, read this post, and still decide to do it anyway, here’s what I recommend. Buy plenty of bandages and antiseptic cream from the pharmacy. Also, take an antibiotic with you just in case your wounds get infected. Make damn sure that your travel insurance covers “adventure activities”, and let your loved ones know where you’re going. People die on this thing, and it’s not a trip to take lightly. The Ha Giang Loop is well worth it, but it can end badly for you if you’re not careful.

A Note About Travel Insurance

I cannot stress this enough. At every single place we stopped off along the loop we saw people bandaged up from spilling on the bike. This is not a difficult thing to do on the loop. As a matter of fact, we almost got run off the road by an SUV and had to stop on the edge of the cliff. We got stuck in a mudslide and had to drive through 2 feet of water. Boulders were flying off the mountain. We had to evacuate a village. YOU NEED TRAVEL INSURANCE. By the time we were done with the loop and made it back to Hanoi, one of the friends we had made earlier on in the trip was in the hospital after he got into an accident. He had to get surgery on his knee and it cost him over $3,000 cash. I’m not saying this to scare you, but I have to stress just how important insurance is if you’re getting on two wheels in Vietnam. Whether you’re on the loop or driving through Hanoi, it’s dangerous. We use SafetyWing and have overall been happy with their service. But whether you go with ours or find your own, do not go without travel insurance.

Why is the Ha Giang Loop Dangerous?

As the saying goes, “when it rains, it pours”. The Ha Giang Loop is one of the most pristine examples of nature. With that said, you run a lot of risks when you go on this trek. For one, during inclement weather, roads on the Ha Giang Loop get slippery. When we were driving from Yen Minh to Dong Van, we got caught in a bad storm. Daniel, who’s been driving motorbikes through Asia for years, struggled. During one of the turns, the road had gotten covered by red clay, and the bike almost slipped out from under us. Even worse, when we were in Yen Minh, we were caught in a mudslide that flooded our street. We ended up evacuating through knee-high floods waters. The mudslide that night killed 8 people and damaged people’s homes.

Because it’s a mountain range when it storms on the Ha Giang Loop, you also run the risk of landslides. While driving through the storm, we had to actively dodge downed trees and huge boulders that had fallen off the side of the mountain. These risks are some of the most dangerous parts of driving the Ha Giang Loop and why I don’t think it’s safe for beginners.

Related: Living in Hanoi, Vietnam- Why I’ll Never Go Back

The Roads are Unpaved in Some Areas

The roads on the Ha Giang Loop aren’t always paved which can make it dangerous for beginners. My husband, who’s been driving his motorbike through South East Asia since 2018, even had trouble with some of the roads on the loop. There were times like you can see in the video above, that I would have to hop off the motorbike so he could navigate the tricky parts with giant potholes. This was especially bad on the road to Yen Minh, and the road to Meo Vac. The road was exclusively gravel for these parts and had many potholes. If you decide to do the Ha Giang Loop, make sure you are paying attention to the road and driving carefully.

I’m afraid of heights, so maybe I’m biased, but the Ha Giang Loop is terrifying. For most of the drive, you are driving on the edge of a cliff with no barrier. I can’t tell you how many times we stopped on the side of the road, inches from the cliff’s edge. This is dangerous because it’s quite easy to fall off the side. If heights make you dizzy, I don’t recommend you drive on the Ha Giang Loop. You will find yourself with vertigo for hours of the day.
Related: Visiting Thailand? The ULTIMATE No B.S Guide

There are Lots of Obstacles on the Ha Giang Loop

On top of this low margin for error due to the heights, obstacles on the Ha Giang Loop are dangerous. While driving, we encountered dogs running across the road, and herds of buffalo. You read that right! BUFFALO! If that isn’t enough to make you pay attention, the trucks on the Ha Giang Loop will. This is not to mention random boulders that fall of the side of the mountain, and downed trees. Which brings me to my next point.

The Locals on the Ha Giang Loop Drive Like Psychos

Remember that although you may not be familiar with these roads, there are locals who drive them every single day. Often times they are going a million miles an hour around tight curves and while still on the cliffside. I distinctly remember on the way back to Ha Giang thinking I was going to die. We were turning around a tight curb and truck that wasn’t paying attention almost hit us. Thankfully, Daniel dodged it by pulling to the side of the road just in time, but that left our front wheel 4 inches away from the edge of the cliff. We were THAT close. We obviously made it through the Ha Giang Loop just fine, but this emphasizes the point that you should not do the Ha Giang Loop if you’re a beginner or without travel insurance.

Related: How to Become a Digital Nomad in 2022 (Make Money from Anywhere!)

Have there been Deaths on the Ha Giang Loop?

Most recently, a couple died in a car accident when they got hit by a truck while on their journey. Back in 2017 a Spanish guy in his 40’s wasn’t paying attention and drove his bike straight off a 400ft cliff when the road curved. In short, please be careful and pay attention while you’re driving.

How to Stay Safe on the Ha Giang Loop

If you want to see our trip on the Ha Giang Loop from start to finish, watch the playlist below:

How to Become a Digital Nomad in 2022 (Make Money from Anywhere!)

How to Become a Digital Nomad in 2022 (Make Money from Anywhere!)

How to Make Money While Traveling the World

How to Make Money While Traveling the World

Personality Quiz! Is the Digital Nomad Lifestyle for you?

Personality Quiz! Is the Digital Nomad Lifestyle for you?
Insert Content Template or Symbol