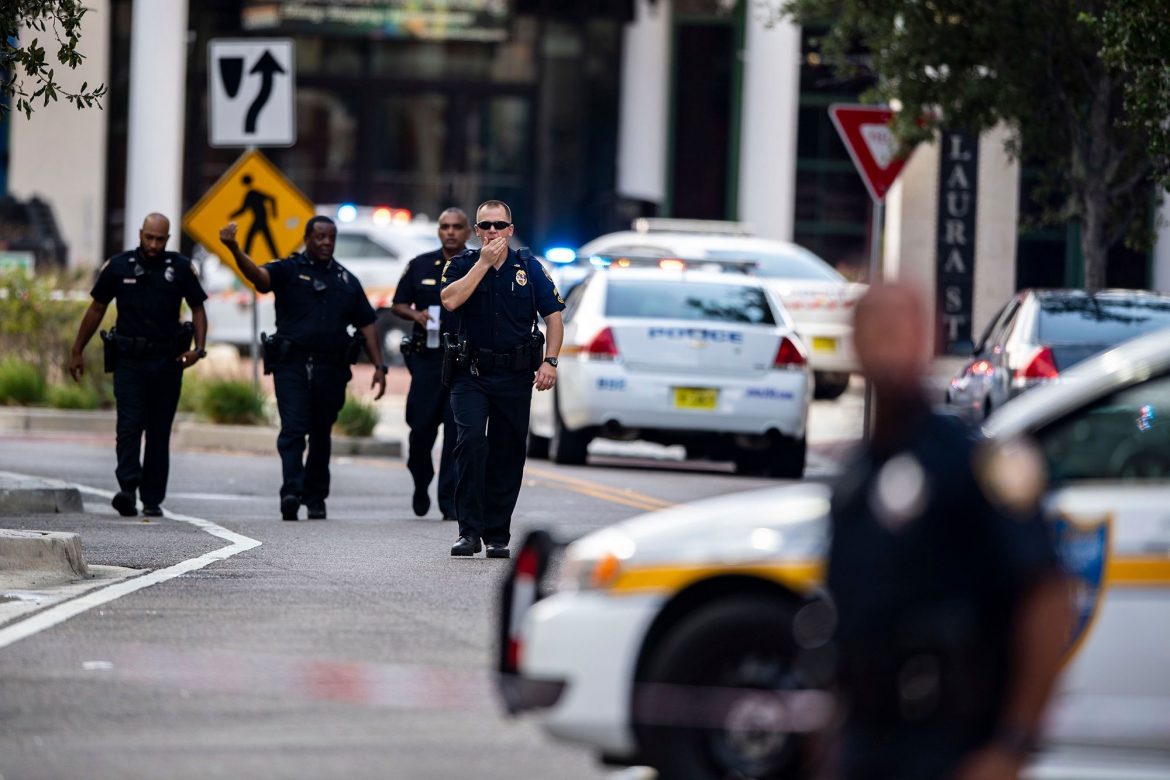 Jacksonville Shooting: What has America Become

Unfortunately, the country that I’ve loved the majority of my life, is not the safe place it used to be. On August 26th, 2018 at around 1:30 PM, the U.S has its 234th Mass shooting this year, this time at a video game tournament.

Before I started Traveling…

Everyone liked to remind me how dangerous the world is. “Be careful when you go here because ______”, or, “don’t go here because _______”. Now that I’ve started traveling, I’ve realized I’m more scared of being in the U.S than I am abroad. We’re not afraid of someone getting road rage and shooting us. We’re not afraid of going to large gatherings. Teachers and students are not afraid of being targets of violence. The worst we’ve seen in the last two months is two guys kicking each other in the street during a fight. I distinctly remember being at a bar in Gainesville, FL, hearing shots going off, and running out not understanding what was happening. As a matter of fact, two weeks before we left Gainesville, two police officers were eating lunch when a guy shot them dead before taking his own life.

Here are Gun Violence Statistics for this year:

Gun violence  and crime incidents are collected/validated from 2,500 sources daily – incidents and their source data are found at the gunviolencearchive.org website.

1: Actual number of deaths and injuries
2: Number of INCIDENTS reported and verified

Numbers on this table reflect a subset of all information
collected and will not add to 100% of incidents.

What Has America Become?

This is What I Know

Getting a Concealed Weapons Permit is Easy

I know because I have one. I bought into the belief that because bad people have guns, I need a gun to protect myself, too. So I signed up at the nearest gun range for their $75 Gun Safety Course. It involved roughly 3 hours of lesson time where they gave GREAT information regarding gun safety and all of the reasons you never want to have to use a gun.

They talked about how if there is an active shooter, you don’t want to try and shoot them because if you miss and hit someone else, you will be held liable. They also said that when the cops show up, they’re looking for anyone holding a gun, running off little information and could think it’s you. Their exact words: “Don’t try to be a hero”.

After the class, they had hands-on practice time where you had to shoot 50 rounds with at least 25 of them hitting the, rather large, target. Unfortunately, nobody really cares if you actually hit the target 25 times. So even I, who only had 10 bullets out of 50 hit the target, was able to get my Concealed Weapons Permit after my background check cleared. The course instructor at the shooting range even looked at my target and said, “You may need to come back to practice your accuracy”. No test for knowledge, no test for shooting ability, and no mental health check. Just an application and my CWP class certificate of completion.

Mental Health is a Real Problem in America

According to the World Health Organization, the U.S. is the third most depressed country in the world. As someone who almost committed suicide last year, I know there is a lot of stigma surrounding mental health. People get judged for talking about it, and even with insurance an hour of therapy costs roughly $175… THIS IS WITH INSURANCE! So even if people want to get help, if they don’t have the adequate familial support or the financial resources they’re stuck. When people are suicidal, they genuinely feel like they have nothing to live for, and nothing to lose. Put a gun in the hands of a person who’s suicidal AND angry with the world, and you get tragedy.

The Media Never Wants to Blame the Gun

With the Jacksonville Shooting, they’re trying to blame video games, saying that they make people more violent. When the guy shot up The Pulse Night Club in Orlando, they tried to blame radical Islam. Truth is, without a gun these people wouldn’t have been able to hurt dozens of others in such a short period of time. With a gun, it takes an instant decision to pull the trigger and take the lives of many. Unfortunately, the NRA is putting money in the pockets of way too many important people (Over $31M in 2016. See who they supported, and how much they gave here)  for anything to get done about it.

I’m Not Saying I have All of The Answers

Whether you’re pro-gun, or anti-gun, I think we can all agree that we just want a safer country to live in. A place where we can send our children to school and not worry if they were a victim in the latest school shooting. A place where our kids can go to a video game tournament and return home safely. Do I think it is possible to get rid of every gun in America? No. But I do know that whether it be less access to guns or more access to mental health services, something needs to change.

Hey, Travel Dreamer! We're Annette and Daniel, the faces behind Chase for Adventure! We sold everything we owned and quit our crappy jobs in 2017 to turn travel into our full-time gig. Now, we teach YOU how to quit your soul-sucking 9-5 and make money while traveling the world.